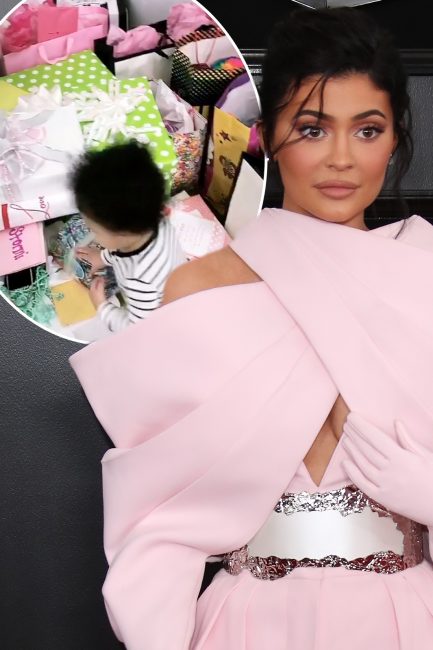 Kylie Jenner showed off her daughter Stormi's lavish gifts  [Kylie Jenner/ Instagram] Kylie Jenner showed off her daughter Stormi’s birthday presents as the tot celebrates turning one after a lavish birthday bash last week. The Keeping Up With The Kardashians star told her little one that she was "so lucky" after being treated to Chanel and Gucci handbags despite only being one. Kylie, 21, took to social media to share a clip of her adorable child in front of a ...