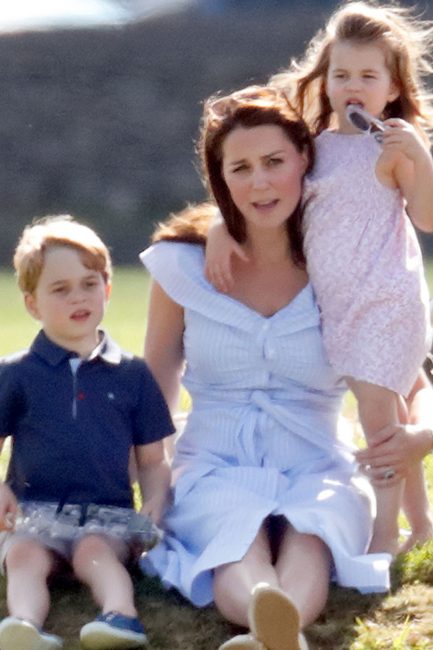 Kate Middleton shocked bystanders outside Kensington Palace  [Getty] Kate Middleton shocked onlookers outside Kensington Palace as she made a surprise appearance earlier this week. The Duchess of Cambridge, 37, is said to have been spotted outside the palace, with shocked royal fans taking to Twitter to reveal they had seen the mother-of-three after she returned from dropping off Princess Charlotte and Prince George at school. One Twitter user wrote: "So ...