You are here: Home / Celeb News / Brian McFadden looks worse for wear on night out with Ronan Keating as Boyzone and Westlife stars unite 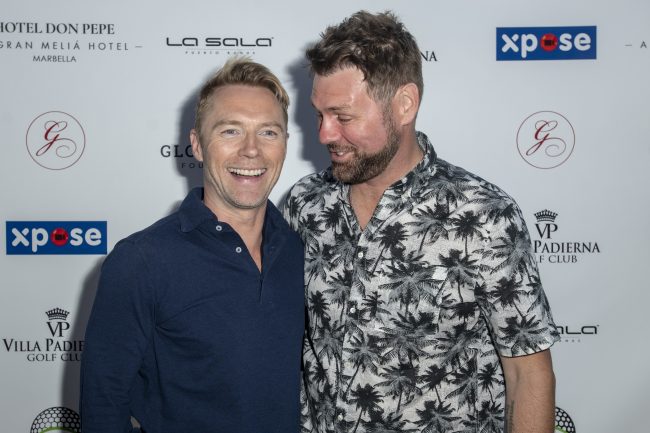 Brian McFadden looked worse for wear with Ronan Keating Irish boyband superstars Ronan Keating and Brian McFadden rekindled their bromance by teaming up together for the first time in years for drinks last weekend. Brian,  39, certainly looked like he’d been enjoying himself as the ex Westlife singer appeared a little worse for wear. Meanwhile, Ronan, 42, cut a cool figure as he posed for pictures alongside his one-time chart rival. The former pop rivals united for charity ...