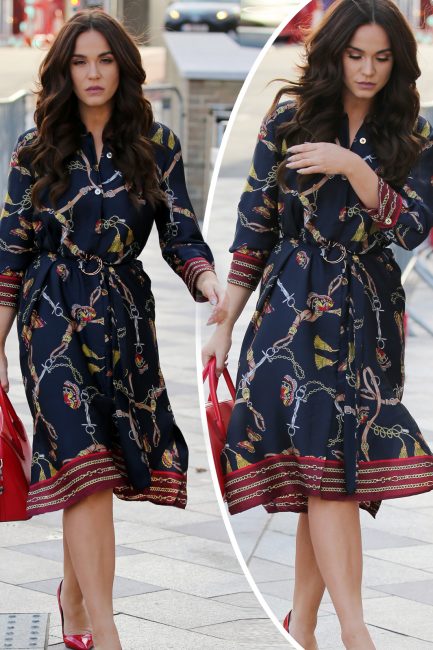 Vicky Pattison outside the ITV studios [Wenn] Vicky Pattison put on a brave face as she stepped out in London following photos of her fiancé John Noble getting close to a string of women inside a nightclub in Dubai. Pictured outside the ITV studios, the former Geordie Shore star looked understandably glum as her relationship hangs by a thread – despite the couple being due to get married later this year.  Still looking as glamorous as ever, the stunning brunette wore ...