You are here: Home / Celeb News / The Queen pays tribute to Grenfell victims on anniversary of crisis in lime green outfit on outing to Cheshire with Meghan Markle 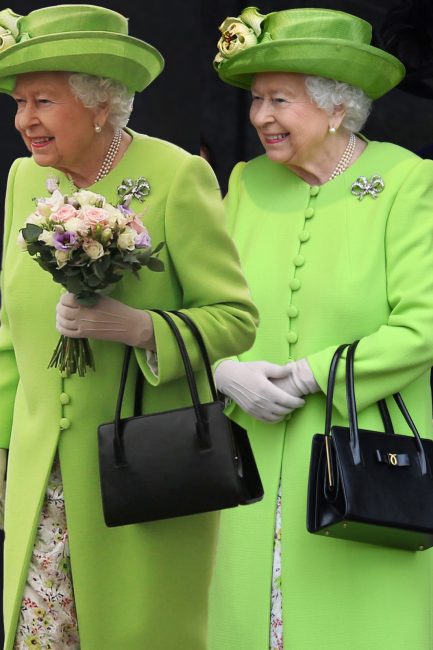 Queen Elizabeth II pays tribute to Grenfell victims in green outfit on one year anniversary since devastating event[Getty] The Queen wore a lime green Stewart Parvin coat on a royal outing to Cheshire with her newlywed grandson Prince Harry’s wife Meghan Markle on June 14.  The bold coloured outfit has sparked speculation it is a tribute to the victims of the devastating Grenfell Tower fire, which saw 72 people killed, in 2017.  Social media users have praised Queen ...