You are here: Home / Celeb News / The Queen beams in eye-catching aquamarine as she attends final day of Royal Ascot 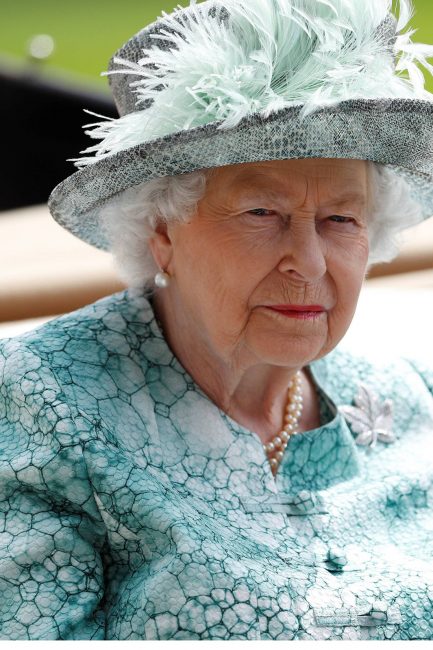 John Warren, Lord Valentine Cecil, Queen Elizabeth II and Prince Andrew, Duke of York [Getty] Queen Elizabeth arrived for her fifth and final day of Royal Ascot, joined by the Duke of York, Lord Valentine Cecil and Mr. John Warren. The Queen looked regal and fantastic in a stunning aquamarine ensemble, complimented by an impressive feather hat and a pair of lilac gloves. The 92-year-old royal was wheeled down to the course in style in a horse-drawn carriage, as thousands of ...