You are here: Home / Celeb News / Coronation Street’s Nicola Thorp appears to CONFIRM her exit from the soap with emotional Twitter statement 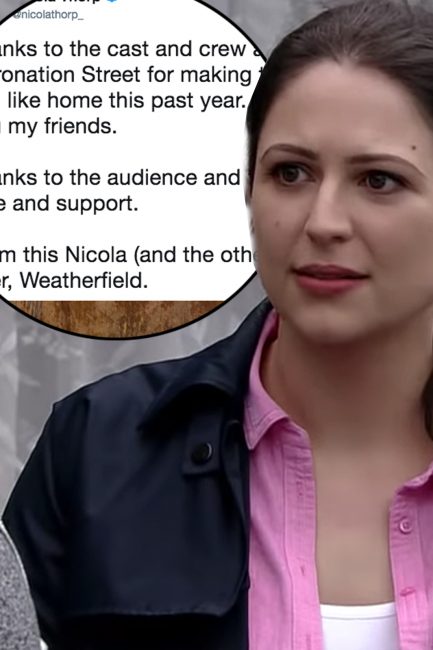 Coronation Street: Nicola said her final goodbyes after making the decision to move to Bristol to start a new life [ITV] Coronation Street's Nicola Thorp has appeared to confirm her exit from the ITV soap after her character Nicola Rubinstein left Weatherfield to start a new life in Bristol. In the aftermath of Pat Phelan's death, Nicola realised that she needed to get away from the cobbles because of all the bad memories. Having asked Eileen Grimshaw to go with her, the pair were ...