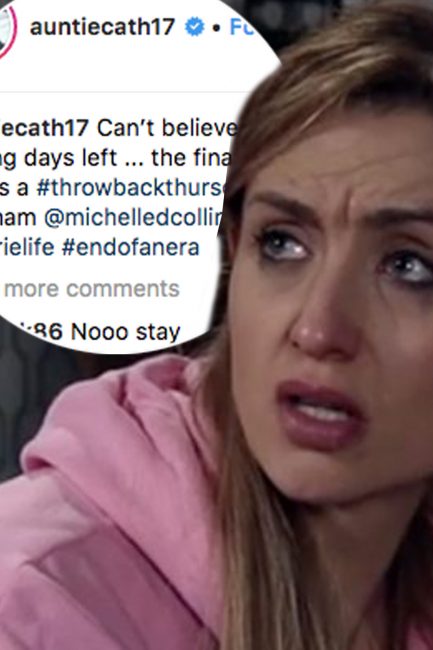 Coronation Street: Catherine revealed she only has three days worth of filming left as Eva Price [ITV] Coronation Street star Catherine Tyldesley upset soap fans by revealing that she only has three days of filming left before she leaves the soap for good. The actress who plays the role of Eva Price, announced she was leaving the show at the end of 2017. And over the past few moths, it has been revealed that Eva's guilt over Aidan Connor's death and her decision to give Toyah ...